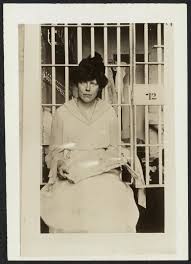 … of the day Congress approved the 19th amendment to the U.S. Constitution, and sent it to the States for ratification.

The Lucy Burns Institute is a Wisconsin-based non-profit dedicated to principles we care about at Truth in Accounting. They include fundamentals like the nonpartisanship of truth, how informed voters form the foundation of democracy, and helping citizens learn about government with accessible and reliable information.

So what was the 19th Amendment? And who was this Lucy Burns person, anyway?

The right of citizens of the United States to vote shall not be denied or abridged by the United States or by any State on account of sex. Congress shall have power to enforce this article by appropriate legislation.

The women’s suffrage movement in the early 1900s culminated in the 19th Amendment, after ratification by three-fourths of the United States in 1920.

Lucy Burns was an Irish Catholic New Yorker and leader of what became, at a 1916 meeting at the Blackstone Theater in Chicago, the National Woman’s Party. The main cause of the party was gaining the right to vote for women. Burns was a dynamic leader who spent more than a few hours in jail, where she was actually force-fed during a hunger strike.

At Truth in Accounting, we appreciate the motivation underlying the mission of the Lucy Burns Institute, and share their dedication to honoring the voting franchise.

Debt hose is on full blast