TIA ranks states by calculating each state’s Taxpayer Burden, which is each taxpayer’s share of the money the state needs to pay its outstanding bills, including pensions.

While the financial condition of most states appears to have improved as a result of a change in how unfunded pension debt is calculated, the financial condition of four of the five states, identified as "Sinkhole States" (New Jersey, Connecticut, Illinois, and Kentucky), continued to deteriorate. Massachusetts is the only sinkhole state that improved from its 2013 Taxpayer Burden during 2014, but only by a modest $600 per taxpayer. 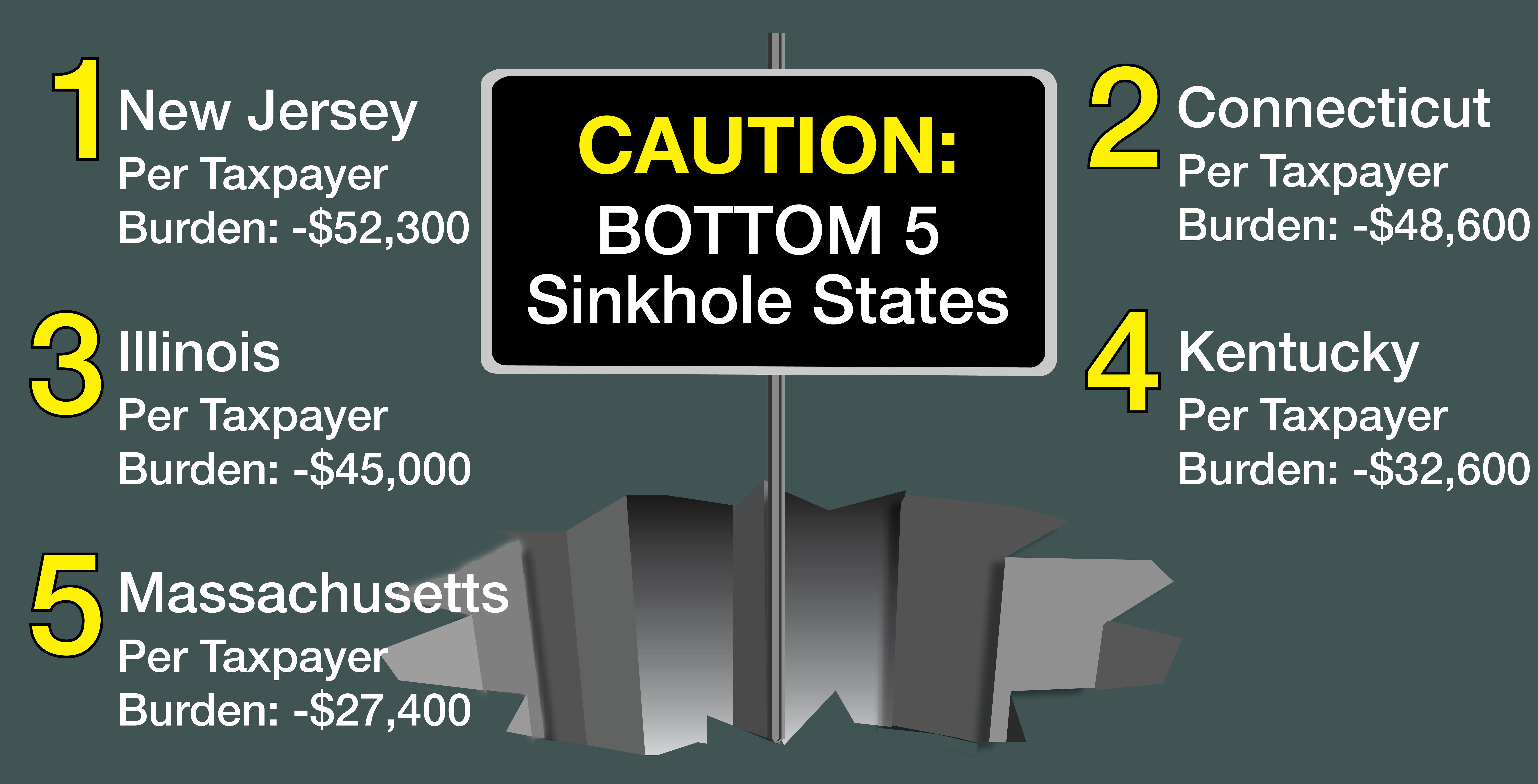 TIA recognizes Alaska, North Dakota, Wyoming, Utah, and South Dakota as the top five Sunshine States. These states have assets in excess of bills, even when unfunded promises to state retirees are included.