Which States' Residents Are Dumbest (and Smartest) About Their Money

Inflation is hitting Americans hard in more ways than one. We’re wincing in the grocery store checkout line, taking a punch to the gut at gas pumps, and those looking to buy a home are probably somewhere in a fetal position. Now more than ever, it’s important to be smart about our finances. If you’re wondering how financially intelligent the people in your state are, WalletHub conducted a study to evaluate the states with the most and least financially literate residents, comparing them for such things as financial planning, knowledge, and education and good financial habits. Here’s a look at the 10 smartest and 10 dumbest states in terms of finances."

"Stockton City Council has adopted a nearly $900 million budget for fiscal year 2022-23, an end to the “status-quo” budgets of the years of bankruptcy recovery with minimal growth, Chief Financial Officer Kimberly Trammel said."

"This week we speak with Sheila Weinberg, Founder and CEO of Truth in Accounting. We talk about the published US national debt vs the true amount! Check out the website for great articles and reports about the true financial state of the US, and of the States and major cities. Also, play with the Data-Z tool to see what's going on in your locality at www.truthinaccounting.org." 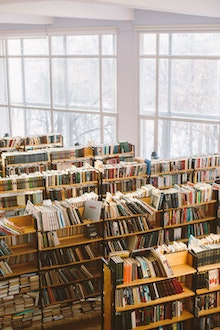 "A pilot project involving the University of Michigan and others is exploring whether a new fiscal reporting mechanism for governmental entities can help create transparency—and prevent future financial crises." 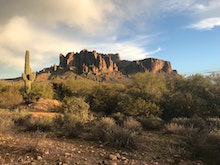 "Phoenix was near the bottom of a new ranking of the financial state of American cities.

The group Truth in Accounting looked at the 75 most populous cities, and found 63 of them did not have enough money to pay their bills, Phoenix among them. Sheila Weinberg, founder and CEO of Truth in Accounting, joined The Show to talk about it."

"Fiscal watchdog Truth in Accounting reports every Chicagoan is on the hook for $135,700 when combining city and state debt."

For sake of sustainability, Maui County Council needs to rein in county spending

"Maui’s government is getting bigger while its economy is getting smaller, and that’s not a good sign. For the sake of the county’s long-range fiscal sustainability, its elected officials should keep in mind the “golden rule” of budgeting: The government should not grow faster than the economy."

"Mayor Kevin Lincoln called for a tall order in his State of the City address, that Stockton will be the example for the rest of the nation to follow for living in a post-pandemic world. Some of Stockton’s community leaders shared their reactions to Lincoln’s speech and their opinions on how to get Stockton to where Lincoln wants to go.

WEINBERG: NH Pols Use Two Sets of Books to Hide Debt From Voters

"Did you know there are two sets of accounting rules? One for governments and one for the rest of us?

Elected officials in New Hampshire and elsewhere have been able to claim balanced budgets while racking up billions in debt."

"(WBBM NEWSRADIO) -- A Chicago group this week came out with a report that says Chicago has the biggest tax burden of the ten largest cities in the U.S.

Truth in Accounting has released a new analysis of the 10 most populous U.S. cities that includes their largest underlying government units. With the exception of New York City, most municipalities do not include in their annual financial reports the finances of large, underlying government units for which city taxpayers are also responsible, such as school districts, and transit and housing authorities."

"Includes: At 25:08 "What is your question, Sheila Weinberg. ... It relates to the pensions. Illinois does have a constitutional requirement to balance its budget, yet according to Truth in Accounting and the state's own audited financial statements, we're more than $200 billion in the hole. Can you guys explain how that's possible and will you commit to truly balancing the state's budget." Sheila's note: I also appear on NBC's post Candidate Forum show."

"A new report is highly critical of how Chicago and other large cities present their financial reports.

Truth in Accounting says to truly understand a city’s financial condition, taxpayers have to play an impossible game of hide and seek. The government watchdog's analysis of the 10 most populous U.S. cities included underlying government units for which city taxpayers are responsible for, such as schools and transit, details Chicago leaves out of its financial report." 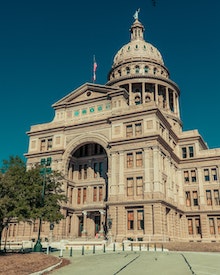