Can the young and the unborn count on Social Security?

The Statement of Social Insurance includes Social Security and Medicare. For both of these programs, the Statement includes calculations of the present values of future program receipts and expenditures, based on projections of future cash flows under current law and policy, and projected demographic trends.

You can see those amounts reported on the Statement of Social Insurance on p. 61 in the 2018 Financial Report of the U.S. Government. Social Security is in the top table in that Statement.

Take a closer look at the three different classes of participants, in that top Social Security table, and how they add up to a negative $16.1 trillion. Netting the present value of expected receipts and expenditures for the three classes separately, you end up with an even more disturbing picture.

The massive $16.1 trillion overall hole for Social Security arrives despite a huge POSITIVE ($18.8 trillion) contribution to the program assumed to come from future participants!

Note that the U.S. government chooses not to include the massive unfunded overall future obligations in Social Security in its balance sheet, under the reasoning the government can change the law at any time. At Truth in Accounting, we believe it should be included and reported as a debt under current law and policy, on the balance sheet, and then changed if and when the government changes the law (and the expected taxes and benefits).

In turn, we calculate the net positions of Social Security (and Medicare) using a “closed group” perspective, when calculating our assessment of the “true” federal debt. We do not rely on the cash flows assumed for future participants, for a few reasons. One of them relates to how the term ”future participants” can be thought of as an oxymoron – how can you be a participant in something you never had a choice (or a vote) to participate in?

Here’s what we calculate for the net unfunded promises of the Social Security system, under this “closed group” calculation (that doesn’t count on future participants): 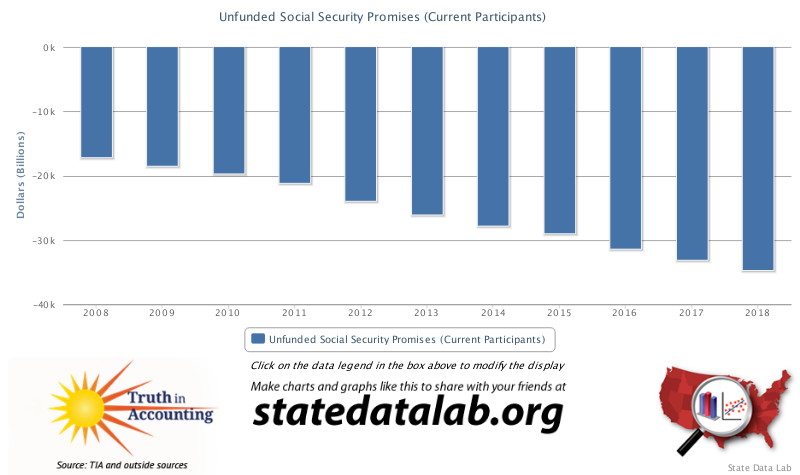 In turn, here’s what has happened to the net position for the program from future participants in Social Security themselves, over the past decade: 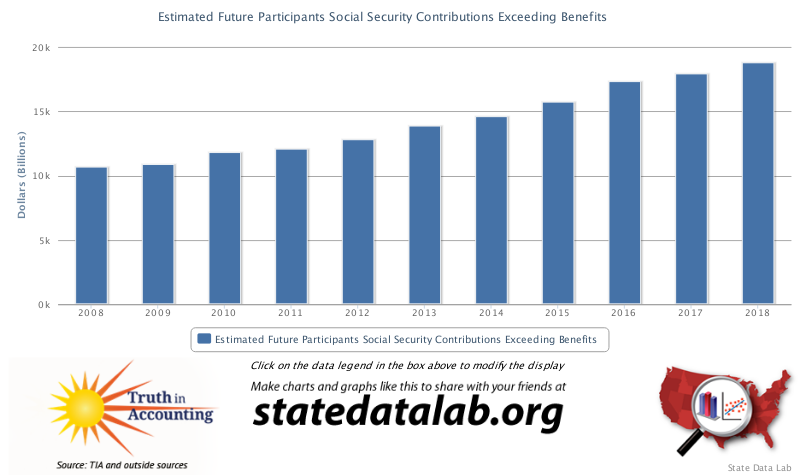