Truth in Accounting has completed studies of the federal government, arguably the largest and most complex financial entity in the world. The reports, as well as accompanying documents can be found below.

Financial State of the Union report

Similar to the Financial State of the States report, Truth in Accounting analyzed the federal government for its fiscal health.

2018 Financial State of the Union

We rank Defense Department component entities based on their performance in recent financial statement audits.

Longer white papers discussing the federal government's finances can be found below.

Topic One: The Federal Government Doesn't Follow the Same Rules As We Do

Topic Two: The Financial State of the Union

Our Letter to the President

Historical Look at the State of the Union

Entitlement Programs: You’re paying for them, but do you know what they’re for?

You pay for entitlements, but what are you going to receive?

Topic Four: The Greek Crisis: Comparisons to the US Great Recession

The Greek crisis: the reasons why, and the lessons available

3 Financial Mistakes Made by the US and Greece

Three things to know about financials for the U.S. Government in Q1 2016

Does the debt ceiling really matter?

Presidential candidates and their financial half-truths

Top 10 most outrageous financial happenings of 2015 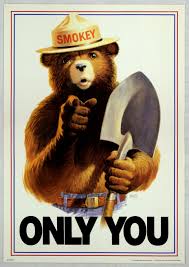