What accounts for the difference between the net operating cost and the budget deficit? The annual financial report cites non-cash changes in three main liabilities – employee and veteran benefits payable, insurance and guarantee program liabilities, and “environmental and disposal liabilities.”

Let’s take a peek at those environmental and disposal liabilities – in total, not in the annual (non-cash) change in the estimated debt. 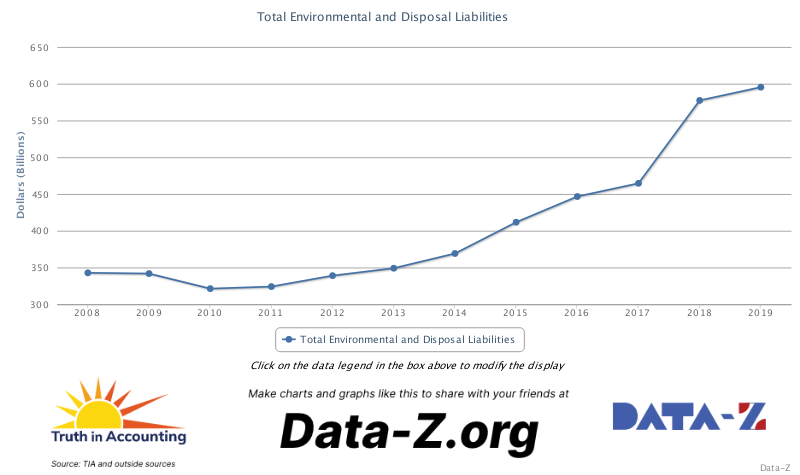 What’s in this stuff? Lots and lots of icky things that entail future cleanup costs, primarily for environmental contamination relating to nuclear weapons testing dating back to World War II. At almost $600 billion in 2019, the dollar amount has nearly doubled since 2010.

And the $600 billion might be viewed as a lowball estimate, in light of the following cautionary note in how the government explains how it accounts for this liability: “Where technology does not exist to clean up radioactive or hazardous waste, only the estimable portion of the liability (typically monitoring and safe containment) is recorded.”

Illinois budget gimmicks continue; we have an opportunity to fix them!

GASB proposals would stretch the meaning of accrual accounting 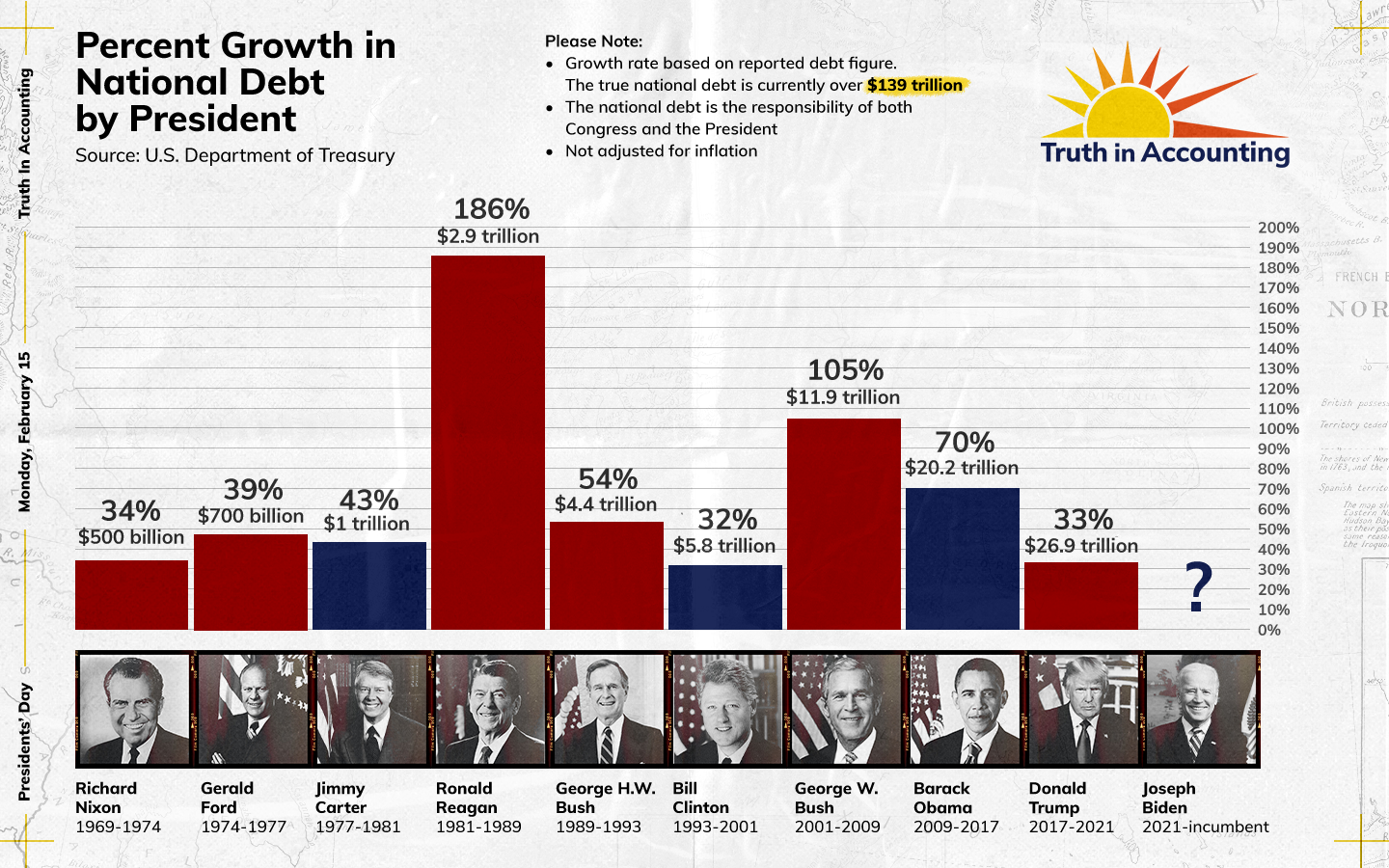