Comparing the best and worst state for financial health

Alaska and New Jersey aren’t just opposites when it comes to their geographic location in the U.S., but their financial condition as well.

Truth in Accounting’s annual Financial State of the States report found Alaska ranked No. 1 in the nation for fiscal health, boasting a Taxpayer Surplus of $38,200. That means the Last Frontier state not only has money aplenty to cover the cost of all current and future bills, but also enough cash to give each Alaskan taxpayer a pretty payout—if only that’s how things worked.

Well, actually, taxpayers in 41 states probably wouldn’t be too happy if that’s the way things worked, especially in New Jersey, which ranked dead last in our report and received an “F” grade for its whopping $67,200 Taxpayer Burden. 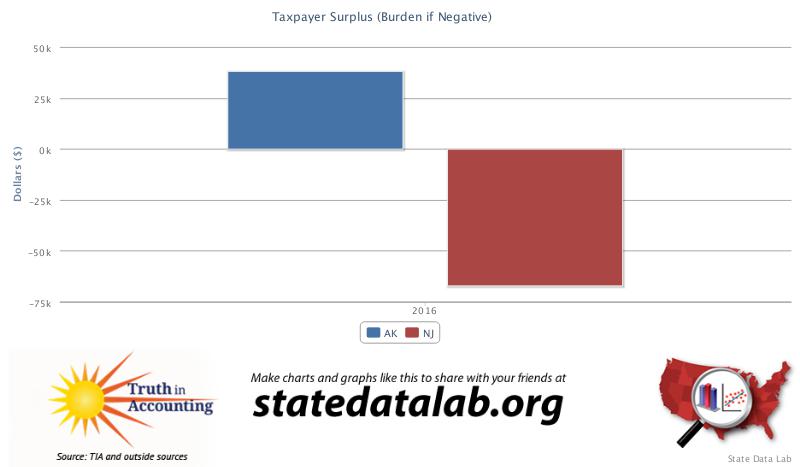 While there are many economic and demographic differences between New Jersey and Alaska, it’s important to note the latter long has benefited from oil revenues to prop up its state budget and pay its bills. But low oil prices and a $2.1 billion decline in investment income since 2015 have weakened the state’s fiscal health. 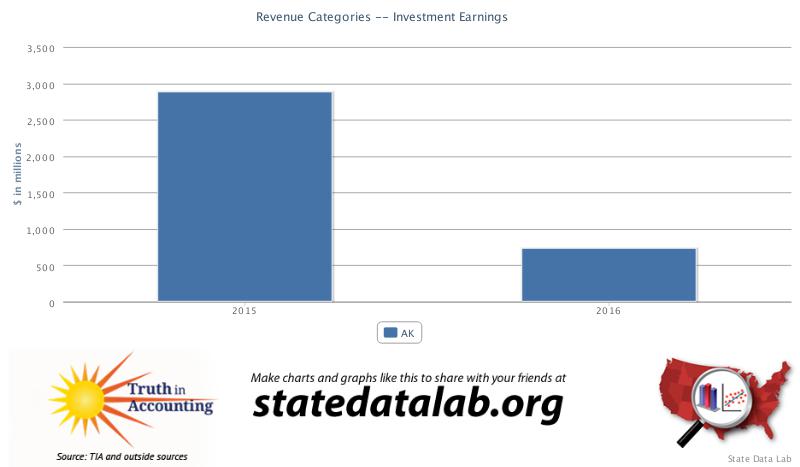 In New Jersey, like many other states with a high Taxpayer Burden, unfunded pension and retiree health care liabilities have put a severe strain on the state’s finances; and the Garden State’s largest sources of revenue—income, sales and property taxes—won’t do much to alleviate its fiscal woes. 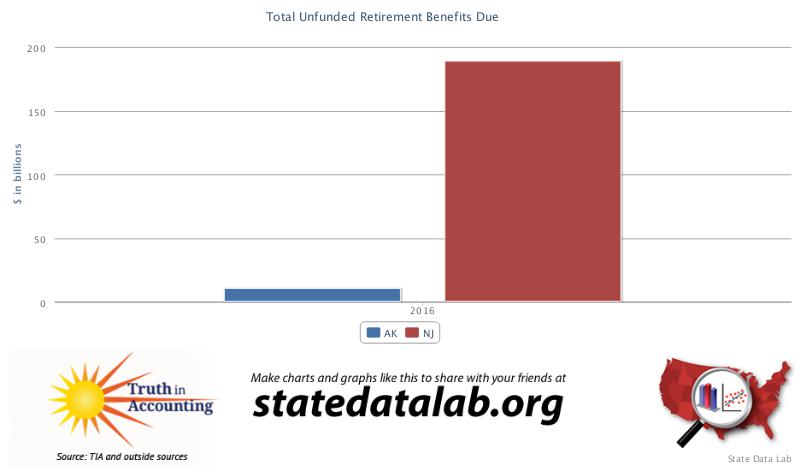 Using our State Data Lab, you also can see whether there’s any correlation between Alaska’s and New Jersey’s finances and hundreds of other data points, such as “trust in state government.” According to the most recent Gallup survey, 64 percent of Alaskans said they have confidence in their state government, compared to just 41 percent of New Jerseyans. 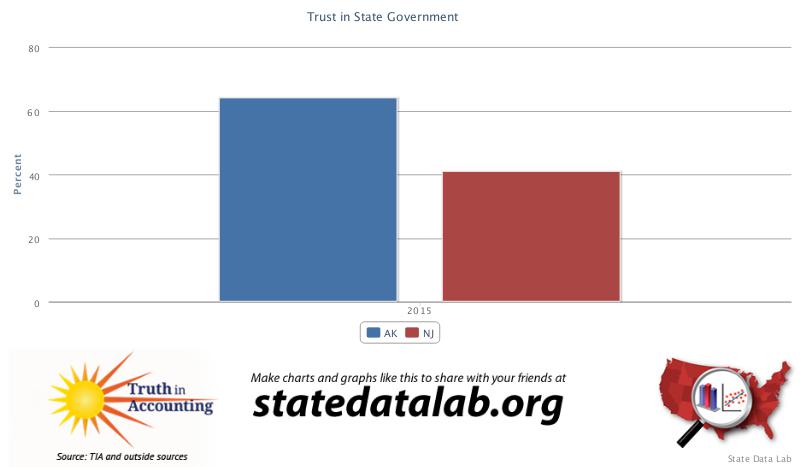 Head on over to statedatalab.org to see how else the states with the best and worst financial health compare.