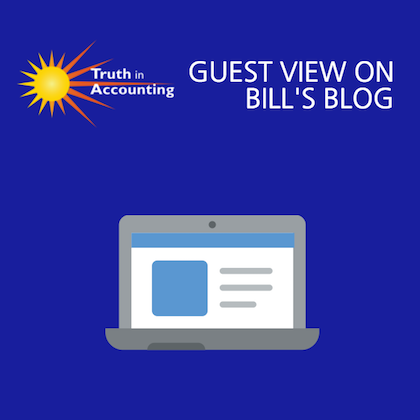 This is a guest blog post by Tom McKinney, former U.S. Army Auditor.  It is the first in a series of articles Mr. McKinney will be writing on federal government retirement plans. We appreciate his contribution to the discussion. Mr. McKinney’s email is mckinneyt@bellsouth.net.  We welcome your comments below.

The world’s fourth largest public retirement pension fund is in critical condition and in a steady decline.  The U.S. Civil Service Retirement and Disability Fund (retirement fund) has just 48 percent of assets needed to cover future pensions for retired and active federal employees.  Currently, there are 2.6 million retired and 2.7 million active federal civilians enrolled, including US Postal Service personnel.  As of September 30, 2015, the retirement fund pension assets were $880 billion and the retirement fund pension liabilities were over $1.8 trillion.  The $880 billion of pension assets is often referred to as a “pension trust fund.”

Agency employers and agency employees underfunded the retirement fund every year, for decades.  This resulted in an unfunded pension liability of nearly $1 trillion.  Therefore, the US Treasury Department’s General Revenues rescued the retirement fund every year, for at least 30 years.  The rescue money is often referred to as a: subsidy, supplemental payment, transfer-in, or a bailout.

The Civil Service Retirement and Disability Fund consists of two types of retirement systems:  1. The Civil Service Retirement System (CSRS) and 2.  The Federal Employees Retirement System (FERS).  The CSRS consists of personnel who were hired before January 1, 1984 and FERS primarily consists of personnel hired on or after January 1, 1984.  Generally, both systems were established to be financed by pension contributions from individual agency employers and agency employees, plus investment interest from the special-issued, non-negotiable US Treasury securities.  Both retirement pension systems had a defined benefit element.

In fiscal year 2015, the US Office of Personnel Management, the entity that has fiduciary responsibility for the retirement fund, paid out $81 billion of pension annuities to the 2.6 million retired civilians or to their survivors. Included in the 2.6 million were about 600 retired Members of Congress.

In fiscal year 2015, the amount of rescue was $23 billion, or 28 percent of the $81 billion paid out.  When rescue money was needed, the Office of Personnel Management requested, and always received, taxpayer money from the US Treasury.  Since the US Treasury had to borrow a portion of the $23 billion, U.S. Government debt was increased.  Rescue money was needed because pension contributions of agency employers and agency employees were not sufficient.  Pension contributions of both should be increased.