How Does Your County’s Finances Compare to Others in California? 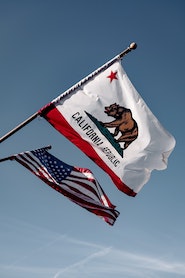 "There is an old story of the cobbler’s children having no shoes, but for a California County Auditor-Controller to not have an annual audit up on his or her County’s website—now there’s a strange story. And from two to three years ago? I’ve been waiting for the Annual Comprehensive Financial Reports (ACFR) from Humboldt, Lassen, and Tuolumne Counties to no avail.

There may be a shortage of independent auditors available to perform the annual required tasks, but even the biggest laggard of them all, California, has had its June 30, 2020 ACFR up on its website since February.

When I first started acquiring the annual audited financial statements for California’s counties back in 2012, I could not obtain Modoc County’s for June 30, 2010. I called and asked for the Modoc Auditor-Controller to call me back. The receptionist asked me for my toll-free telephone number, as its County budget could not accommodate long distance charges at that time.

As a Senator, I tried to look for ways to scholarship smaller counties to get their audits completed.

All of California’s 482 cities and 944 school districts are under a mandate to get this critical management tool prepared in a timely manner and, for the most part, seem to be getting this task accomplished. But, there are always a few that drag out this process for months and years.

With that off my chest, let’s look at the chart below to see how your county compares to the other 57 in the Golden State.

The big news for the fiscal year ended June 30, 2020, is Butte County. It jumped up 27 places! A review of their audited financial statements finds two unique and peculiar transactions. This county recorded a receivable of $205 million resulting from a settlement with Pacific Gas & Electric. Who knows if they will ever receive all or part of it? It also reduced its restricted assets by $65 million. These two factors made a huge impact on this County’s Unrestricted Net Deficit, reducing it from $284,917,542 to $3,385,064.

On the other hand, Calaveras County dropped six places. Its long-term liabilities for pensions rose by $4.2 million, other long-term debts by $2 million, and its accounts payable by $2.5 million. Add to this an increase in restricted assets of $16 million, and you can see why it had significant movement.

But San Benito County dropped even more, eleven places, thanks to a five-fold increase in its unrestricted net deficit. Its story is familiar. Pension liabilities are up $4.7 million, new borrowing is up $10.5 million, and establishing a contingency liability reserve for $9 million all impacted the liability side of the balance sheet. But adding $35 million in restricted assets also contributed to its story.\

Three-quarters of the counties (44) stayed in their current position or moved three or less positions. So there’s not much to elaborate on. However, five counties moved four places, and nine counties moved five places or more. If you reside in one of these counties, its time to look at their balance sheets and ask your county supervisors for a detailed explanation.

Orange County dropped three places. We can attribute dropping one place to Butte County. Another place can be the result of Lassen County’s no show, as it moved up by default. Dropping the final position was probably due to caving into union demands for more benefits.

The Orange County Grand Jury even dedicated a report to one tragic negotiation faux pas, which Supervisor Shawn Nelson and I voted against, but our then three colleagues in 2014 voted for. The 2014-2015 report (pdf) was titled “Orange County Sheriff Medical Insurance: County Failures in Negotiation, Documentation, Oversight, and Transparency.” Such is the influence of the Association of Orange County Deputy Sheriffs (AOCDS) on elected officials looking to run for other offices.

Back in 2012, when obtaining the Annual Comprehensive Financial Reports to do a comparison of the per capita position for every county, Orange County was in 46th place. We made significant reforms to the county’s retiree medical plan and defined benefit pension plan. Those efforts resulted in a movement up over the past ten years by 22 places. But expect more union gains in the future. AOCDS even endorsed two candidates in this month’s June Primary for the Fifth Supervisorial District.

In Simon Sinek’s book, “The Infinite Game,” he states, “Too many of our cultures are filled with people working to protect their own interests … before those of the people they are supposed to be serving.”

As you can see from the chart provided, 95 percent of California’s counties have succumbed to employee bargaining unit demands. Those who went into the public sector to serve have now become those being served. Until management steps up and modifies pension and retiree medical benefit plans, with the votes of county supervisors who truly represent taxpayers, expect upside-down balance sheets for decades to come."

Read the full article on: The Epoch Times