Here’s a look at Illinois vs. some of its next-door-neighbor states in how they rank on net migration compared to all 50 states from 2011 to 2019. Illinois has ranked 48th, 49th or 50th in all these years, while the average ranking for its touchy-feely (and possible destination choice) neighbors Indiana, Missouri and Wisconsin has fallen (improved) from 40th to 25th. (Higher is worse in this ranking.) 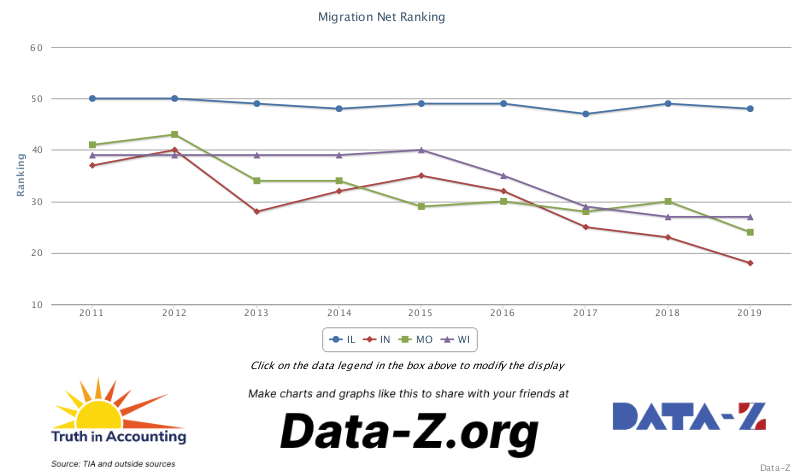 The chart above is based on state rankings. Here’s a look at the raw data leading to those rankings. It shows the net amount of migration (per 1,000 residents) for the same four states. Indiana, Missouri, and Wisconsin have been improving and moving from negative to positive migration rates. Illinois, on the other hand … 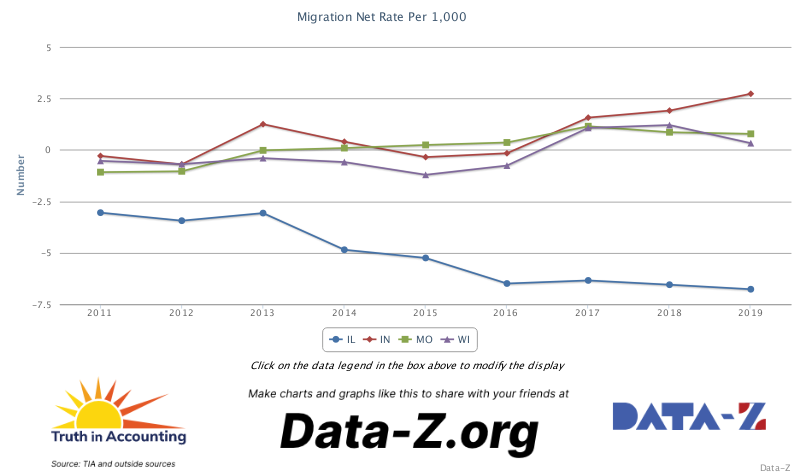 In turn, here’s a similar-looking picture, but based on state government financial conditions. It shows Truth in Accounting’s “Taxpayer Burden” measure for the same states, since 2009. 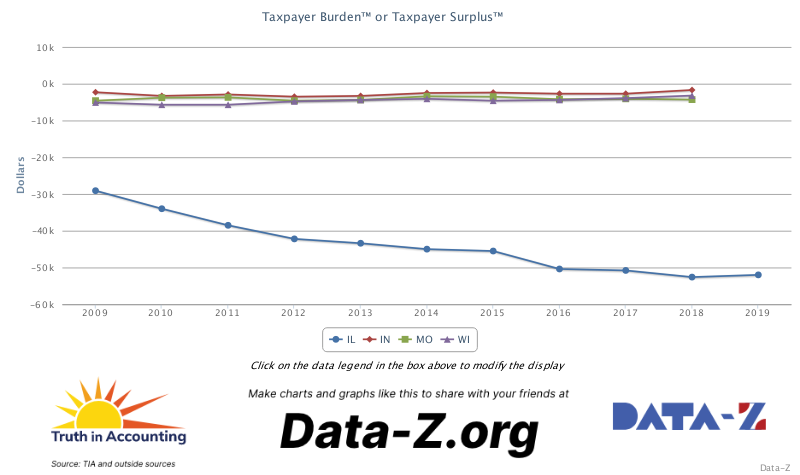 Illinois’ government debt load is getting heavier and weighing on a smaller pool of residents.