My statement on Illinois' late report

Today I received an email from Frank Mautino, Illinois Auditor General, announcing that he will be releasing the state’s Comprehensive Annual Financial Report (CAFR) tomorrow, Thursday, August 29, 2019, at 10:00 a.m. CT. This audited report provides citizens with the best financial information issued by the state, such as the amount of unfunded pension and other retirement promises.

The standard for CAFR timeliness set by the Government Financial Officers Association is 180 days after the end of the fiscal year. It has been 425 days since Illinois’ fiscal year end of June 30, 2018. Unfortunately, Illinois’ report is the latest its ever been at 245 days after the 180 days standard and long past the passage of the state budget. Just as knowing how much debt you have before you spend, I believe the information in the CAFR is crucial to the budgeting process. 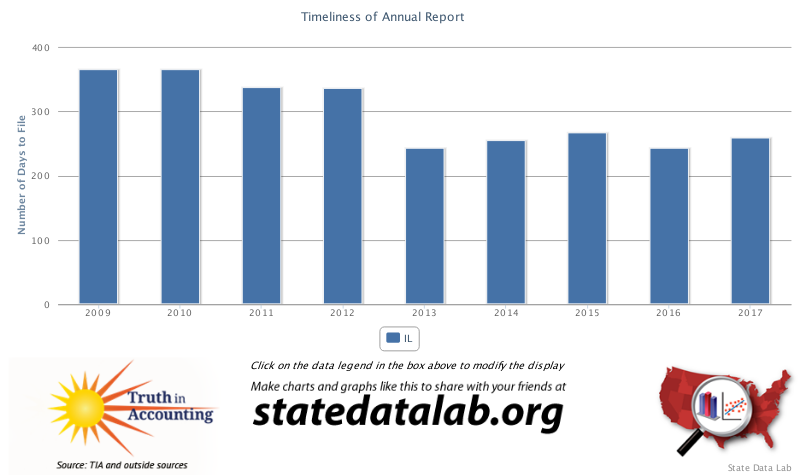 Once the CAFR is released I will be happy to provide commentary on its contents and discuss the state’s lack of timeliness in issuing the report.

We will be releasing our analysis of Illinois’ CAFR in late September, with our tenth annual Financial State of the States report. Be on the lookout for our truthful, timely, and transparent report.