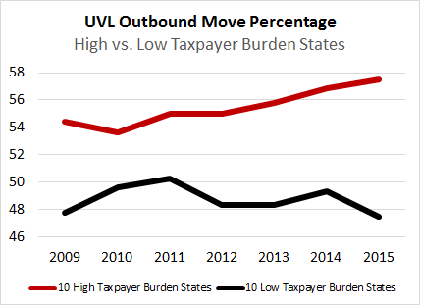 United Van Lines (UVL) is one of the largest home moving companies in the U.S. Every year since 1978, they have released a study of the share of outbound shipments in total shipments for all 48 continental United States. The latest results came out a week ago, and they are dismal for Illinois and other fiscally-challenged states.

The first chart below, drawn with Truth in Accounting’s Data-Z charting tool, shows the outbound migration percentage for Illinois. The state has never posted a year below 50 percent (net inmigration), and the net outmigration has accelerated significantly in the last decade.

In 2019, Illinois came in second-to-last on outbound migration, trailing only New Jersey.

Here’s a look at the rankings for Illinois and its neighboring states last year. Illinois is that that little red bar to the left, ranking 2nd (only losing out to New Jersey) in outmigration. 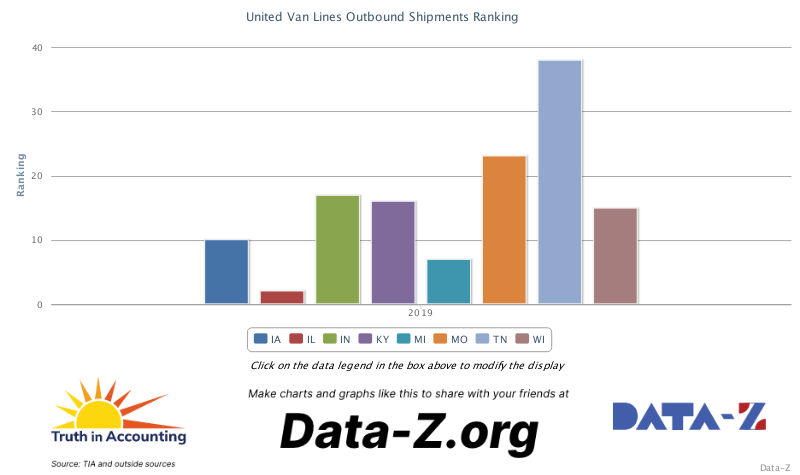 Migration trends have significant relationships with economic growth and property values. One could argue that any measure of taxpayer burden should also consider the income and wealth effects in fiscally mismanaged states. 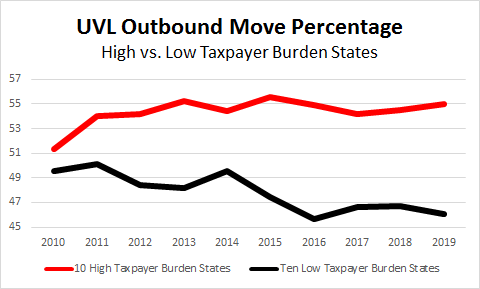