The Social Security trustees issued their annual report last week. This report includes estimates for the present values of system receipts and expenditures, based on projections many years into the future.

In the recently released 2017 annual financial report, that shortfall stood at $15.4 trillion, an increase of more than $3 trillion compared to four years ago.

Future participants are damned, it appears.

The $15+ trillion negative position in Social Security last year arrived despite an $18 trillion positive contribution from future participants! Essentially, this means future participants face a huge negative return, under current law, while they support the rest of us.

An important qualifier, however, is that these Social Security projections depend on current law— whatever that means.

If you weren’t confused yet, here are two sentences from the annual financial report of the U.S. Government to help “explain” things:

The SOSI projections … are based on current law; that is, they assume that scheduled social insurance benefit payments would continue after related trust funds are projected to be depleted, contrary to current law. By law, once assets are exhausted, expenditures cannot be made except to the extent covered by ongoing tax receipts and other trust fund income.

How can the SOSI projections be based on current law, while they assume payments will be made “contrary to current law?” 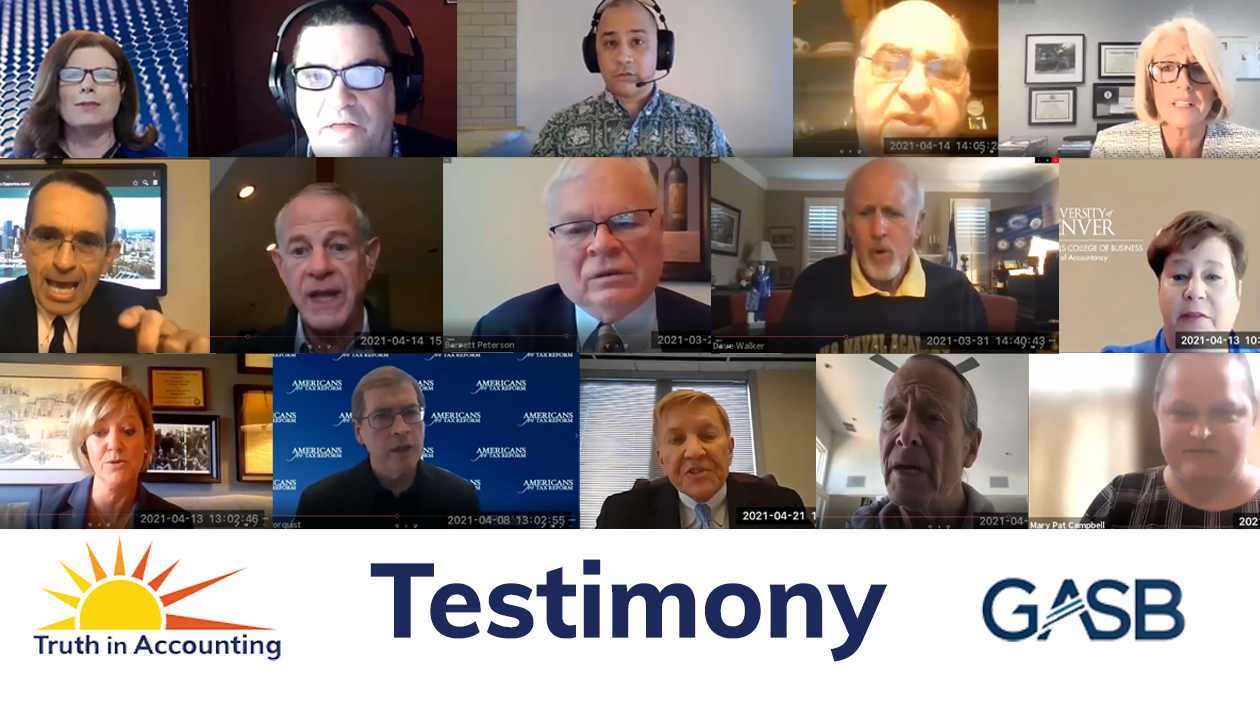 Testimonies for full accrual based accounting during GASB public hearings