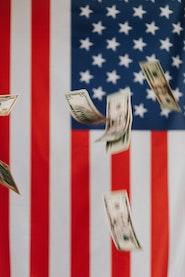 "The stock market’s sharp rebound in 2021 encouraged local governments around the United States to make risky bets to fix their troubled pension funds. Politicians borrowed hefty amounts of money and pumped it into their pension-fund portfolios, hoping to cash in on heady investment returns.  Instead, with markets plunging in recent months, governments face a nightmare scenario: pension assets, including billions of borrowed dollars, are shrinking fast, leaving already overburdened governments with more debt to pay off and shrunken portfolios. Yet some desperate politicians are trying to borrow more, hoping their luck turns soon.

The last two years have been a roller-coaster ride for state and local pension funds. When equity markets plunged in March 2020 in response to Covid lockdowns, pension systems were, by their own accounting, sitting on more than $1.2 trillion of debt. Despite an 11-year bull market, they had made little progress toward reducing pension obligations. State pensions were on average just 69 percent funded, down from 83 percent in 2008. Even more alarming was the growing number of state and big-city pension systems with less than half the money on hand to meet their obligations.

The resurgence in financial markets that began in late 2020 avoided a potential catastrophic meltdown of the most troubled funds, and overall debt levels shrunk. But the market performance, combined with low interest rates, also encouraged poorly funded systems to embrace one of the riskiest of strategies: borrowing money at low rates to invest for higher returns. The strategy, in the form of pension-obligation bonds, has been partly responsible for some of the most notable municipal bankruptcies in recent years, including that of Stockton, California, which borrowed $125 million in 2007 and promptly lost a quarter of it in the marketplace, and of Detroit, whose emergency financial manager sued to overturn what he claimed was $1.4 billion in illegal pension borrowing. No wonder, then, that the Government Finance Officers Association has warned municipalities for years against this strategy. “Failing to achieve the targeted rate of return burdens the issuer with both the debt service requirements of the taxable bonds and the unfunded pension liabilities that remain unmet,” the group says.

Undeterred, in the first three quarters of 2021 governments around the country floated more than 60 pension bond offerings totaling some $6.3 billion—more than double the 2020 figure, which itself was a sharp rise from 2019. The pace of offerings continued into the last quarter of 2021 and early 2022. Smaller municipalities got in on the action, with Skokie, Illinois, offering $150 million, and Quincy, Massachusetts, offering $475 million.

Governments subsequently invested much of that money in the stock market, but the timing couldn’t have been worse. The S&P 500 spent virtually all of 2021 and early 2022 at higher levels than it is currently trading. Since the broad market index hit an all-time high of 4796.56 on January 2, it has plunged into bear market territory. Bond prices, meantime, have shrunk by about 10 percent from their peak, thanks in part to international turmoil from Russia’s invasion of Ukraine and to rising inflation.

Pension systems are already feeling the effects of declines in these two prominent investment vehicles. In the quarter that ended on March 31, 2022, government pension systems lost $167 billion in assets, and funding levels shrank by two percentage points, according to a Milliman study. That was back when the general market had declined just 5 percent. Since then, the S&P has fallen at least 15 percent more, suggesting hundreds of billions in further losses. In addition to shrinking portfolios, cities that borrowed money through pension bonds face rising debt payments. Quincy, for instance, must meet a $15 million bond payment this year—a $6 million increase over last year.

Even so, some governments are moving ahead with more borrowing. Voters in Providence, Rhode Island, recently approved a plan advanced by the city’s mayor to borrow $515 million via bonds to address a whopping $1.2 billion pension shortfall. With less than one-quarter of the money on hand that it needs to pay its pension obligations, the city is desperate—a product of years in which its retirement fund was referred to as “the candy store.”

Pensions are considered a contractual obligation—once an employee earns credits for retirement, his employer is required to pay a worker what’s owed. Cities and states now seek to fund these contractual guarantees even as the investing world faces widespread uncertainty. Years of poor oversight and loose regulations have left hundreds of local governments in the position of pursuing bad ideas to bail themselves out. The latest market decline is a reminder that such strategies often wind up just digging the hole even deeper for taxpayers."