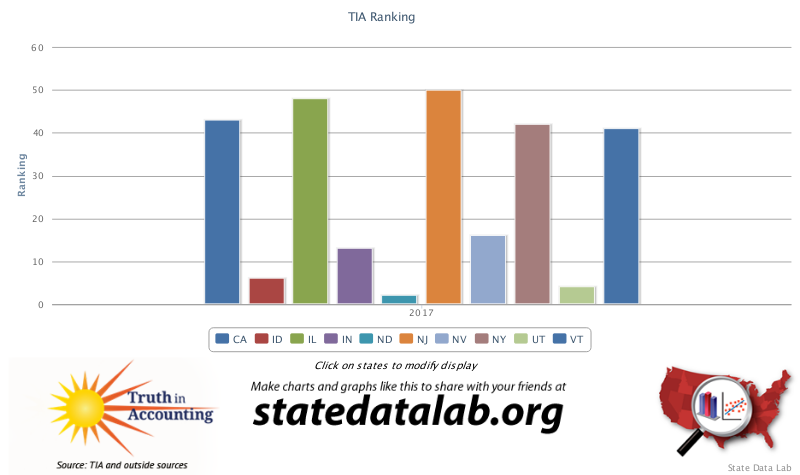 The criteria they use are dominated by tax variables, and states with lower and/or flat taxes score higher in the rankings. The criteria also include measures of state government debt burden, the size of government in the economy, the implications of state liability and labor laws for business-friendliness.

Truth in Accounting includes the annual results from ALEC’s ranking every year from 2008 to 2019 in our State Data Lab database. We’ve noted for years that state rankings on ALEC’s scorecard tend to line up with our rankings of state financial conditions, as measured in our Taxpayer Burden calculation.

You can see a clear distinction between these two groups of states as they rank on financial conditions. States with brighter economic outlooks as identified by ALEC also tend to be states with state governments that have managed their finances responsibly, and not shifted the costs of past government spending to future taxpayers.

States with poor economic outlooks have done the opposite.