Late last week, the City of Chicago released its annual financial report. The report was a good news, bad news story. The good news was that the city only lost $94 million. This may not sound like good news, but the silk purse from the sow’s ear arrived as the city’s losses fell significantly in 2018 and then in 2019.

From 2010 to 2014, the city’s losses averaged more than $1 billion a year, even as the city asserted that it balanced its budget every year as required by state law. Then in 2015 and 2016, some really gruesome results arose, as accrual expenses exceeded fee, grant and general revenue by $9 billion for those two years taken together. In 2017, some semblance of normalcy arrived, at least as far as a $940 million loss can be seen as “normal.” Then, the losses fell to $438 million in 2018, and again to $94 million in 2019, the first year of the Lightfoot administration.

The improvement in the bottom line in 2019 arrived despite overall expense growth accelerating from 2018. Losses fell simply because tax revenue rose significantly faster than expenses. And the really bad news was that the city’s overall financial position continued to deteriorate amidst favorable economic conditions, in a year that ended more than six months ago. Since then, the onset of a severe recession has damaged city revenue sources significantly. 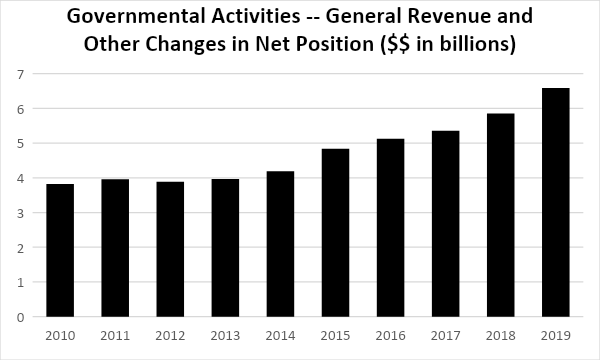 So far, it appears that Chicago has found a way to squeeze more blood out of a smaller and smaller number of stones. Here’s a look at Chicago’s population over the last ten years. 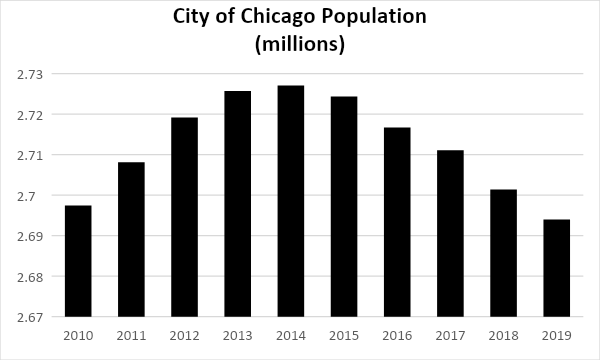 In turn, dividing general revenue by population, you get a rough picture of the city’s tax burden on the remaining population. 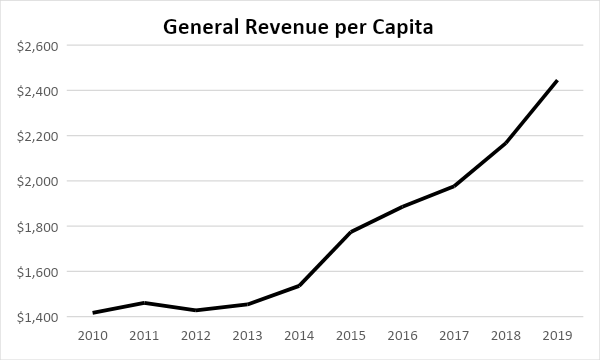 Then, the pandemic arrived.

We will be digging deeper into Chicago’s latest annual report and will release our updated “Taxpayer Burden” measure of the city’s financial position soon.