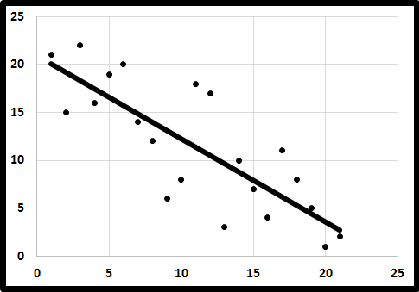 Two years ago, I developed a “Zombie Index” for the 50 states.  It has been based on three main things – Truth in Accounting’s “Taxpayer Burden” measure of state finances, the timeliness of state financial reporting, and the share of total debt effectively ‘hidden’ off the balance sheet.  (For a more complete description, see this article.)

The index is named after a term coined by Ed Kane, professor of finance at Boston College.  Kane wrote two books warning us about the S&L crisis back in the 1980s/early 1990s, before we knew what hit us.  Kane used the term ‘zombie bank’ to identify insolvent firms that were allowed to stay open by regulators, frequently with the aid of false regulatory accounting principles that delayed the recognition of insolvency.  Many of these firms ended up ‘gambling for resurrection,’ in Kane’s terms, and these incentives ended up trebling the cost of the S&L crisis when many gambles went sour.

As we are analyzing the states with 2015 financial reports available, we’ve noted two interesting trends, in light of regulatory issues in banking.  Larger states tend to show greater deterioration in their Taxpayer Burden from 2014 to 2015, as well as from 2009 to 2015.  And states ranking high on my Zombie Index have been getting worse, as well.

Sadly, and perhaps alarmingly, these findings may point to a “too-big-to-fail” problem in state government finances, similar to a TBTF problem in banking.  We may have a significant moral hazard problem operating, if larger states are assuming their failures may be cushioned by federal resources.

Especially if Uncle Sam has already been pursuing, in the words of the Financial Report of the U.S. Government, "unsustainable" fiscal policy.

Learn budgeting basics from the City of Chicago?

‘Full funding’ for pensions – two ways to skin a cat