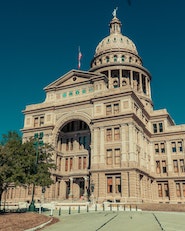 Truth in Accounting explained that the debt accounted for in official city finance reports is not the only burden facing taxpayers. Cities are also responsible for debt from public transportation, housing authorities, and school districts in the area.

“These underlying entities include school districts, and transit and housing authorities that the cities claim responsibility for in their annual financial reports, but do not include in their balance sheets,” wrote Truth in Accounting. “These underlying governments are essentially subsidiaries of the city and the majority of their debt falls on all city taxpayers. When the unfunded debt of these underlying government units is combined with the county, municipal, and state debt, city taxpayers are on the hook for much more than they think.”

Of the three Texas cities, Houston’s taxpayer burden is the largest. Although the city’s debt per taxpayer is $13,200, Houston citizens are also responsible for debt from three school districts and the Metropolitan Transit Authority of Harris County. When combined with county and state debts, Houston’s debt burden per taxpayer reaches $27,500.

San Antonio’s taxpayer burden is the smallest of the Texas cities. The city’s debt starts at $3,100, but the figure increases when $2,000 is added from six school districts, one college district, and the San Antonio River Authority. After including county and state debt, San Antonio taxpayers are responsible for $19,400.

In their report, Truth in Accounting ranked the country’s 10 largest cities in order from best to worst total taxpayer burden. While Phoenix, Arizona, secured the No. 1 spot with the smallest total debt, Texas’ largest cities took the next three spots. San Antonio ranked second, Dallas came in third, and Houston was fourth.

In an article accompanying the report, Truth in Accounting condemned cities for not including all of the debt taxpayers owe in their budget and other financial reports. The organization also highlighted how suppressing this information harms voters.

“This lack of transparency and financial integrity is harming our representative form of government,” wrote the organization. “Taxpayers and voters do not have the information needed to be knowledgeable participants in their state government. Candidates and their policies are being supported based upon the wrong information.”