Violence in US cities

Is violence in US cities contributing to the wealth drain of their states?

Illinois’ richest man, Ken Griffin, has recently announced that he will be moving his investment firm Citadel from Chicago to Miami due to the high crime rates. It’s hard to blame him as Chicago’s crime rates have remained well above the national average for some time. However, Chicago is not the only major city that may be contributing to its state's loss of taxpayers and their wealth , as similar situations can be seen in Baltimore, New Orleans, and St. Louis and their respective states.

One thing all of these cities have in common, besides  high crime rates, is their states’ poor performance when it comes to net Adjusted Gross Income (AGI). This number, calculated by Truth In Accounting, is a measure of a state's inflow AGI subtracted by their outflow AGI. All four of the states where these cities reside–Illinois, Maryland, Louisiana, and Missouri–had a negative net AGI in 2020. In fact, no state mentioned above ranked above 30th. So, are these cities contributing to the wealth drain of their states?

It would not be surprising if others are following the same path as Ken Griffin given the enormous crime rates in these cities. According to FBI crime statistics, in 2020 the average violent crime rate per 100,000 for U.S. cities with data available at Data-Z.org was about 795, while none of the mentioned cities had rates below 986. While no data is available for Baltimore in 2020, the state posted a violent crime rate of a staggering 1858 in 2019 and it is likely the crime rate in 2020 will be similar; given the uptick in violent crime across U.S. cities between 2019 and 2020, it would not be surprising if the figure is higher. When comparing these figures to Miami, where Griffin moved his business, the difference becomes even clearer. 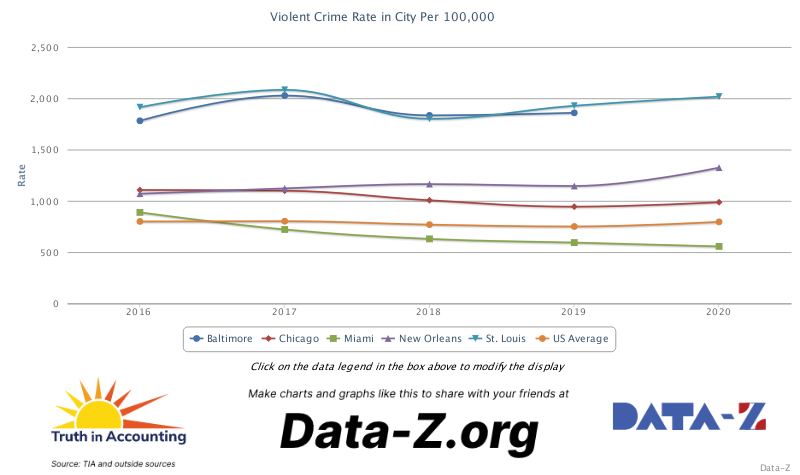 Statistics for murder rate per 100,000 follow the same trends, with all cities, bar Baltimore with no published data, seeing a noticeable increase between 2019 and 2020. With crime rates such as these, despite these cities having significantly higher numbers of law enforcement officers than cities that are safer than they are, it is no surprise that wealth is pouring out of these cities into those such as Miami. 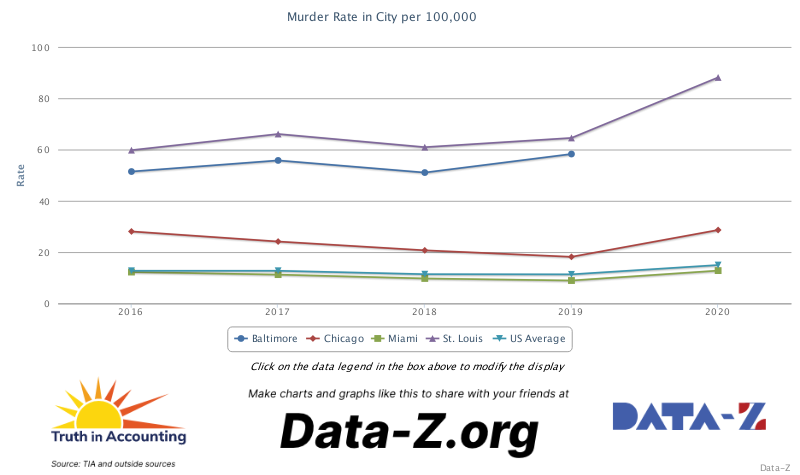 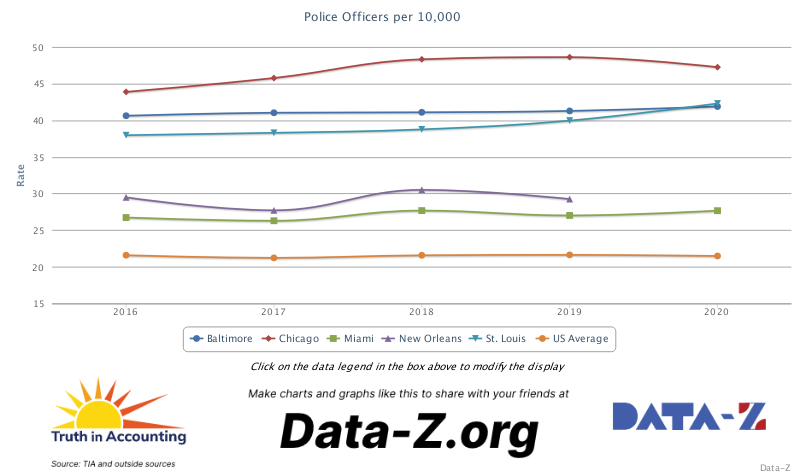 Read more about Ken Griffin’s departure from Illinois at the following websites:

Data and graphs in this report can be generated by visiting Data-Z.org

Eric Piatek is a Data Research Intern at Truth In Accounting